The GreenProtein participated in the BBI JU Stakeholders Forum that took place the 4th of December of 2019 in Brussels, Belgium. The day before, the 3 of December, the BBI JU organised the “Projects Day”, dedicated exclusively to BBI JU funded projects, in which GreenProtein also took part.

The Projects Day took place on the 3 of December. This day was closed to BBI JU funded projects, who had the chance to better understand each other and present their progress.

During the Projects Day, Innovarum, Communication Partner of the project,  gave a presentation about GreenProtein and participated as panellist in a debate that followed afterwards. 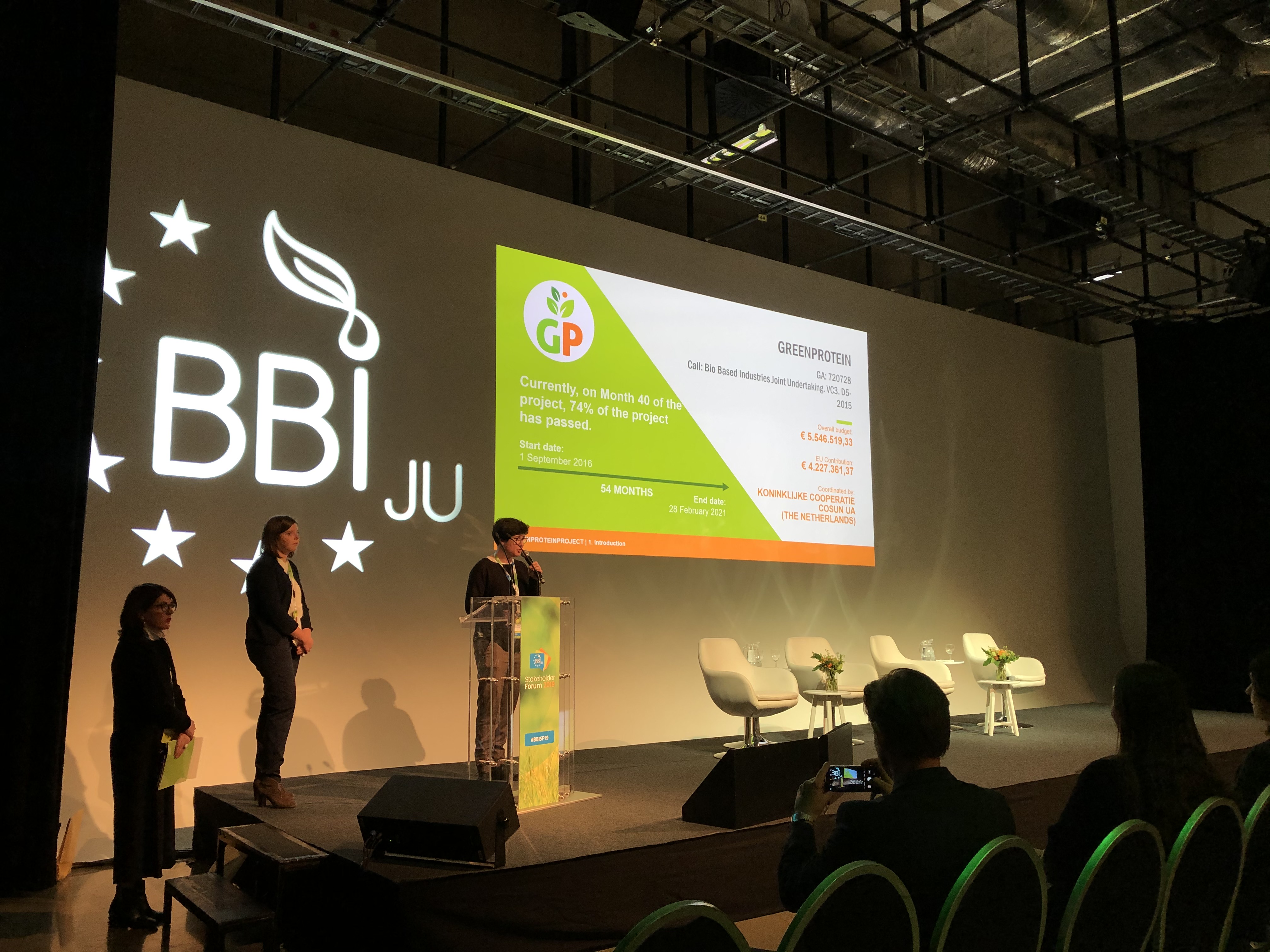 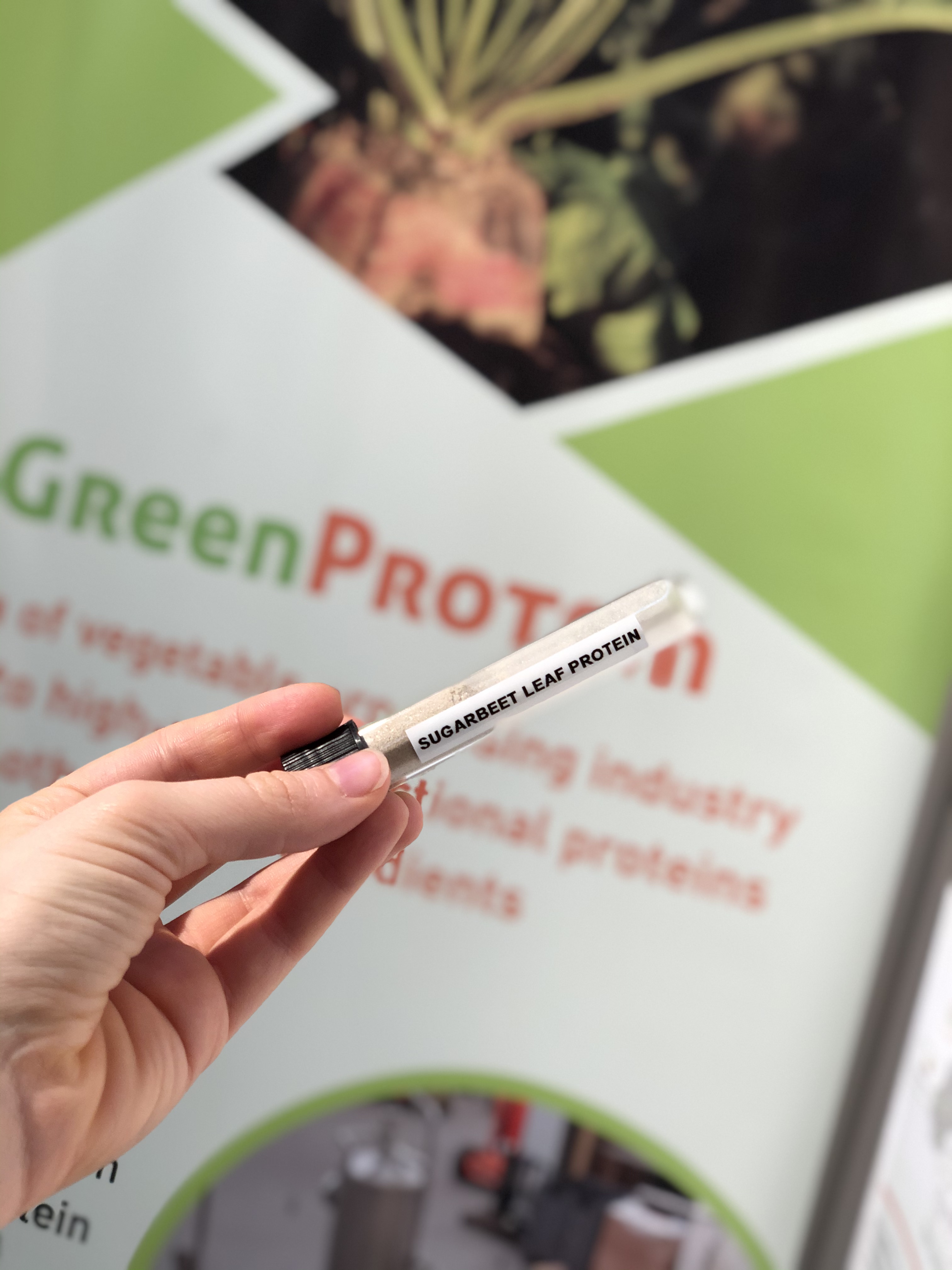 ““The second edition of the Stakeholder Forum is a one-day public event that will bring together the bio-based industries community and facilitate open discussion on the impact, achievements and strategic direction of the Bio-based Industries Joint Undertaking (BBI JU) programme, as well as the latest developments in the bio-based industries sector.”
BBI JU Stakeholders Forum webpage.

Follow us on social media for the last updates!

Goodbye to the GreenProtein project!

The GreenProtein project participated in an #EUPartnerEvent titled “Agri-food innovative solutions towards a Zero Pollution EU" organised by Innovarum. This event took place during the EU Green Week 2021, which main topic is Zero Pollution EU.Following the main topic,...
Read More

Dubravka Skunca, LCA (Life Cycle Assessment) Leader in the GreenProtein Project, has produced an LCA to assess the environmental performance of the system of RuBisCO protein extraction and isolation from sugar beet leaves. What is exactly a Life Cycle Assessment? LCA...
Read More

The Greenprotein project is a BBI JU funded EU project that started on September 2016 and that will end next February 2021. One of the most important years for the project was 2019: the year when the GreenProtein Demo Plant started functioning. Below you can find an...
Read More

GreenProtein at the eWorkshop on Upcycled Proteins

Last week Greenprotein participated in the #eWorkshop on Upcycled Proteins alongside other European projects and field experts. The eWorkshop was an online interactive event organised by Innovarum (Greenprotein project partner) that lasted around an hour and a half...
Read More

GreenProtein and the Sustainable Development Goals

Does GreenProtein Project contribute to the Sustainable Development Goals? Greenprotein is an EU funded BBI JU project that counts with 7 partners from 4 different countries. The project started in 2016: it has been running for more than 3 years. During that time, it...
Read More

The ending  of 2019 and the beginning of 2020 have been very active for the GreenProtein Project!  After the Opening of the DEMO Plant and the BBI JU Stakeholders Forum, on December 2019 Greenprotein participated in the Food Ingredients Europe Event in France. The...
Read More
Post Views: 1,424
Tweets by GreenProtein_EU

This website uses cookies to improve your experience while you navigate through the website. Out of these, the cookies that are categorized as necessary are stored on your browser as they are essential for the working of basic functionalities of the website. We also use third-party cookies that help us analyze and understand how you use this website. These cookies will be stored in your browser only with your consent. You also have the option to opt-out of these cookies. But opting out of some of these cookies may affect your browsing experience.
Necessary Always Enabled
Necessary cookies are absolutely essential for the website to function properly. This category only includes cookies that ensures basic functionalities and security features of the website. These cookies do not store any personal information.
Non-necessary
Any cookies that may not be particularly necessary for the website to function and is used specifically to collect user personal data via analytics, ads, other embedded contents are termed as non-necessary cookies. It is mandatory to procure user consent prior to running these cookies on your website.
SAVE & ACCEPT