GreenProtein was one of the about 80 projects present in the “BBI-JU Stakeholder Forum 2017” took place during the 6th and 7th of December 2017. This event, was the first forum convened by the Private-Public Partnership BBI-JU, which was launched in 2014. 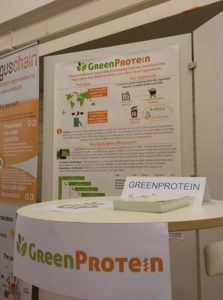 The main objective of the Forum has been to bring together the most relevant entities related to the bioeconomy in Europe to reflect on how to better mobilize European society to accelerate the transformation towards an economy based on natural resources, and facilitate the interaction of the partners that already belong to a project funded by the BBI-JU.

Throughout the two days talks have been organized at the highest level, with speakers such as Dirk Carrez – Executive Director of the BIC– Jürgen Lucas – European Commissioner of DG RTD -, among other speakers, in which the present and the future of the transition to the bioeconomy in Europe have bee 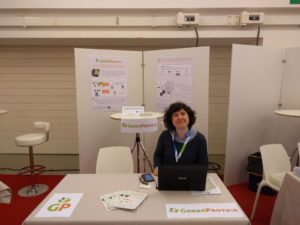 In the forum we have met with politicians from the European Commission, assistants from the academic world, and representatives of the industry mainly, as well as spokespersons for regional and national interests.

Mr. Paulus Kosters, from GreenProtein B.V. (NL), and Maya Hernando and Irene Paredes, from Innovarum (ES), were in the project’s booth, ready to answer the questions of the curious assistants.